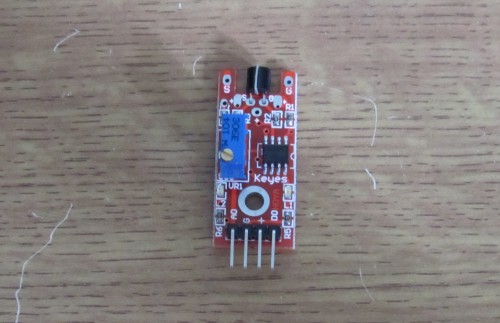 I received a few Arduino touch sensors from DealExtreme just because they were dirty cheap and I have a few ideas where I could use them as device power switches. There is probably an easier way to build a touch sensor for Arduino without that many additional components, but let’s see what we can do with this cheap sensor for just $2.6 or less than £1.7.

As for most things from DealExtreme (and many other cheap components sites originating from China) there is no documentation, but it turns out to be very easy to use this sensor. Just hook it up to an Arduino using the following diagram: 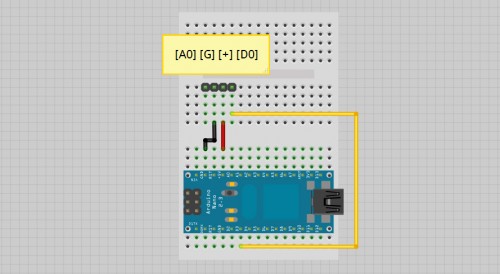 Touch signal consist of 50Hz signal pulse with 4.8ms pulse width on the D0 output pin for as long as finger (or any other body part) touches the bent pin on the transistor. 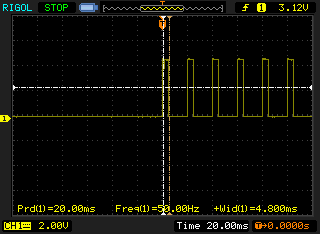 The A0 pin produces inverted signal. 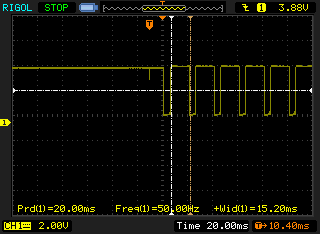 That’s all there is to it. The pulse signal provides a small bit of complexity for the Arduino code, but is easily handled by adding a 50ms timeout of HIGH signal in the D0 pin connected to digital pin 3 on Arduino:

Touching the touch sensor will light up the LED, but will not do anything as long as user keeps touching the sensor. Releasing the sensor and touching it again will turn off the LED and so on.